Miami Beach in March: Performing Arts, Music and the Magic of Theatre

MIAMI BEACH, Fla., March 13, 2017 /PRNewswire/ — Miami Beach has long been touted as a top destination for its miles of world-class beaches and famed nightlife. This year, travelers seeking a getaway with a side of cultural enrichment can dive-in, head first, with a variety of unique shows and experiences that showcase Miami Beach’s artistic side. With a diverse March calendar packed with cabaret dinner shows and symphonic masterpieces, guests visiting Miami Beach this month will have no shortage of events to enjoy. 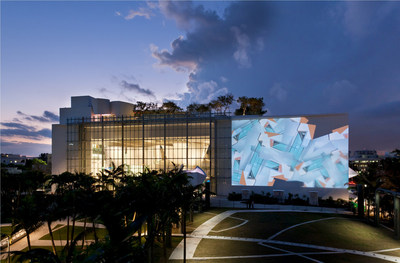 In the Faena District, the cabaret-styled «C’est Rouge!» dinner show, the illusion performance «Magique: Experience the Illusion», and the «Return to Tomorrow» art exhibit are all being showcased this month. Though a newcomer to the Miami Beach arts scene, The Faena District has quickly become a cultural cornerstone, featuring attractions such as the Old Hollywood-inspired Faena Theater and the Faena Forum, which hosts several seasonal modern art exhibits.

Visitors will also have the opportunity to support local talent at the inaugural Miami Beach Youth Music Festival at the North Beach Bandshell on March 18th. The event, hosted by the City of Miami Beach and The Rhythm Foundation, offers young Miami Beach musicians the chance to perform live in front of a large audience.

«Miami Beach has evolved into a true cultural hot spot», says Grisette Roque, Executive Director of the MBVCA. «The destination offers such diverse entertainment options, night and day; Miami Beach is truly like no other place in the world.»

«Must See» March Events Include:

Faena District
Home to several cultural offerings, the Faena District includes the 150-seat Faena Theater at the Faena Hotel inspired by Europe’s grand opera houses and the allure of Old Hollywood glamour, the Faena Forum, a spacious performing arts center, and Casa Faena, a historic hotel styled after 1900s Spanish artisan and architecture.  Some of the many events during March include:

The New World Center
The New World Center is home of the New World Symphony (NWS), a laboratory aimed at training and preparing graduates of distinguished music programs for leadership roles in professional orchestras and ensembles. The NWS provides beautiful performances open to the public and has helped launched the careers of over 1000 alumni worldwide. This month’s events include:

Miami Beach Youth Music Festival
All will have the opportunity to support local musicians on March 18th as the City of Miami Beach and The Rhythm Foundation host the inaugural Miami Beach Youth Music Festival at the North Beach Bandshell. Aimed at giving young talent exposure in the community, all participants are under the age of 18 and have at least one band member that is a local of Miami Beach or a student at a Miami Beach school. Performers were selected through an audition process by a panel of judges including third generation musician Stephen Gibb, Gloria Gibb, music industry executive Betsy Perez and Miami Beach commissioner John Elizabeth Alemán. Local bands being featured include the Miami Beach High Rock Ensemble, Just Billy, Arrow Head, Monet and more.

The Colony Theatre
Located in the heart of South Beach on Lincoln Road, the Colony Theatre opened in 1935 and has since been a Miami Beach institution. The historical 415-seat venue hosts an array of events year-round. From March 16th – March 26th, guests can catch performances of «A Special Day«, a play based on Ettore Scola’s 1977 Oscar-winning Italian film «Una Giornata Particolare». Award-winning artists Ana Graham and Antonio Vega tell this epic story using minimalistic elements that celebrate the powerful imagination of the theater.

ArtCenter/South Florida
The ArtCenter/South Florida is a non-profit organization that advances the knowledge and practice of contemporary visual arts and culture. Located on Lincoln Road, the center hosts an audience of approximately 80,000 people per year. This month, the ArtCenter/ South Florida is hosting an array of workshops and classes ranging from watercolor painting to community paper marbling workshops. Special March programs include, Flooded Sanctuaries, a performance art showcase that tackles socio-political issues via works and performances led by local artists, running until March 19th.

About Miami Beach
Recently named the World’s Leading City Tourist Board in 2016 and 2016 North America’s Leading Tourist Board by the World Travel Awards, first place in the 2017 and 2016 edition of the Travvy Awards, presented by travAlliancemedia in the categories of «Best LGBTQ Destination» and «Best Wedding Destination, U.S. & Canada» and a winner in the 2014, 2015 and 2016 Magellan Awards by Travel Weekly in the categories of «Destinations | Mobile App», «Overall Spa Destinations| U.S and Canada» and «Overall Beaches Destinations| U.S and Canada» respectively, Miami Beach is a favorite destination among travelers worldwide. Renowned for its unparalleled culinary offerings, extravagant nightlife, rich culture, luxe shopping and plush hotels, Miami Beach is home to unique museums, the New World Symphony, Miami City Ballet, Miami Beach Convention Center, international festivals and art exhibitions, boat and auto shows, over 187 boutique and resort hotels and 12 public parks; it is no wonder the beautifully diverse city is one of the world’s most popular vacation destinations. Boasting seven miles of breathtaking beaches, Miami Beach is easily accessible from the Port of Miami and Miami International Airport. The City of Miami Beach has been named one of the top cities worldwide for ‘walkability’ and is equally easy to navigate by bike or boat. Known for its year-round sunny skies, the vibrant destination has been ranked by TripAdvisor as a Top Winter Sun Vacation Rental Getaway Destinations, Top Romantic Destinations, Top 25 Beaches in the World and Top 25 Destinations in the U.S. Miami Beach is like no other place in the world!

Visit MiamiBeachAPI.com for more information and to download the Miami Beach Information App.

To view the original version on PR Newswire, visit:http://www.prnewswire.com/news-releases/miami-beach-in-march-performing-arts-music-and-the-magic-of-theatre-300422581.html